"Apple is not about bytes and boxes, it is about values" 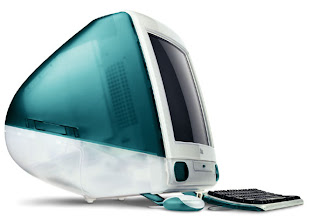 “A recent Harvard Business Review poll found that 80% of CEOs felt that the biggest challenge they faced was the need to create new business space. Few people embody this burning desire to generate new market space like Steve Jobs. Our agency in Los Angeles has always sought to translate his penetrating market insights into punchy, hard-hitting advertising : "On January 24, 1984, Apple launches Macintosh. And you will see why 1984 won't be like 1984," said the voice-over for the commercial that launched Macintosh. This allusion to George Orwell's novel made this commercial highly memorable. Macintosh was about to change everything, so the advertising agency had to create advertising that would do the same.
The vision then was that people no longer had to adapt to machines, but the reverse. Macintosh freed people form machines. Nearly 15 years later, "Think different" would launch the new vision shaped by Steve Jobs. In this, Apple's caretaker CEO stressed his conviction that the brand "is not about bytes and boxes, it is about values". With the concomitant launch of the iMac, Apple redefined itself as the company making "tools for creative minds". The "Think different" campaign has served both as a creative platform enabling each country to pay tribute to its own creative heroes and as a solid foundation for the Apple products themselves.
Apple will soon be at the heart of digital lifestyle. This will again involve breaking with tradition on a grand scale, something that is never unexpected on the part of its CEO, who is always seeking to create new market spaces.
Convention : In high technology products, communication must revolve around product features.
Disruption : "Apple is not about bytes and boxes, it is about values" (Steve Jobs)
Vision : Apple is the tool for creative minds.”
Jean-Marie Dru, Beyond disruption - changing the rules in the marketplace, 2002
Oui, désormais, il m'arrive d'écrire en anglais. Surtout lorsque cela me permet de faire un peu de prosélytisme pour "la firme à la pomme", comme aiment à l'appeler les journalistes - expression que je trouve très moche.